“My compositions are very profitable for me and I can say that I have more orders than are almost possible for me to fulfil.” Beethoven wrote the latter to a friend in 1801. He had only just completed his “Moonlight Sonata” op. 27 No. 2, when he began writing down the first sketches for his Sonata op. 28. Elements of pastoral music, such as the dance-like triple metre as well as pedal notes and fifths in the bass which seem to imitate bagpipes, are reminiscent of the later 6th Symphony. The rustic character gave rise to the work’s epithet “Sonate Pastorale.” Following a thorough revision, we are now presenting this sonata in an affordable single edition for the first time. The fingerings were provided by none other than Murray Perahia. Cofalik, Antoni – At the Circus for Violin and Piano – Barenreiter Edition 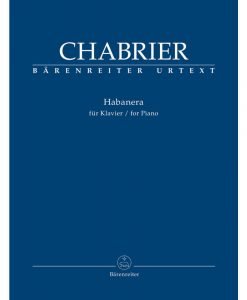 Chabrier Habanera for Piano By Barenreiter 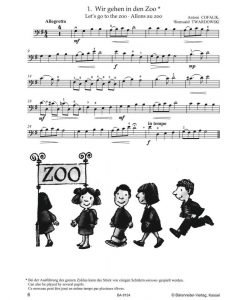 Cofalik, Antoni – At the Zoo for Cello and Piano